I’ve been following the project for a while now and I’ve noticed that there aren’t many commits on the github repositories lately (most of them pretty much stopped with the end of the last year). Beside that, the blog posts are quite old, only a couple of git issues have been closed/answered this year and here, in the forum, only the “Installation issues” category seems to be active.

Is the project still active and under development? Is there a release date for the next version and the features listed under roadmap?

Hi @bwvbc,
The project is definitely alive. We are currently finalizing the “folders” feature which was bigger than anticipated, but the final result is looking quite good. We also used this opportunity to migrate a few libraries and move a part of our front end codebase to React, which took a substantial amount of time. The impact of it will not be visible immediately for users, but it aims at helping us ship features faster, so a necessary investment.
We can’t commit on a release date yet for the next version, but it’s coming shortly. It will mainly include “Folders” and some minor improvements / bug fixes.

Thank you for the reply @kevin!

Have you changed your development process as well? As mentioned, there are less git commits visible on github, which makes the overall project less transparent. I know that the “folders” feature is part of your pro suit, but I guess that the overhaul of the front end code will be released to the community. Is that right?

The abrupt change of the commit frequency of the API repository is what worried me the most so far:

Hi, i am also confused about the state of passbolt. I write the exact question ~2 weeks ago via contact formular and did not receive any answer.

What can we expect in the near feature?

@Felix feel free to repost your message on the form. We respond to everyone, but maybe your message felt between the crack / felt in the spam. I understand that you may feel the development is not going fast enough, but please stop the FUD.

@bwvbc you do not see the git commits because only the ones pushed on master appears in the github history. This next release is taking a bit of time, after it you will see that we have pushed code every week…

We are actively working on the project, you just don’t have full visibility on what we are doing. For example yesterday I was in a code review with @maxime, merging 4K lines of codes to enable email digest in the core. That too is coming up in the next CE release… 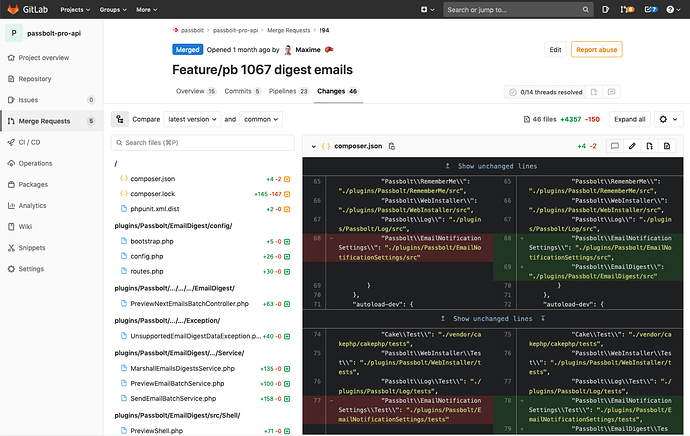 The day before, @diego was doing us a demo of a new debian package he has been working on.

@kevin is going to write a blog about what we have been up to and what we are doing. In the meantime please stop with the FUD. This is adding stress to the team in this troubled times.

Sorry for the FUD (i removed it).

You should keep the community closer, your post is a good start, keep us informed when big steps keep you away for month from the surface.

@Felix we agree very much, we’re going to make some changes in the way we communicate. Thanks for the encouragement, stay safe out there.

We have been busy (and we’ll prove it)!

Luckily, we are pushing code more frequently than we are blogging. Here is an overview of what we have been busy with in the past few…